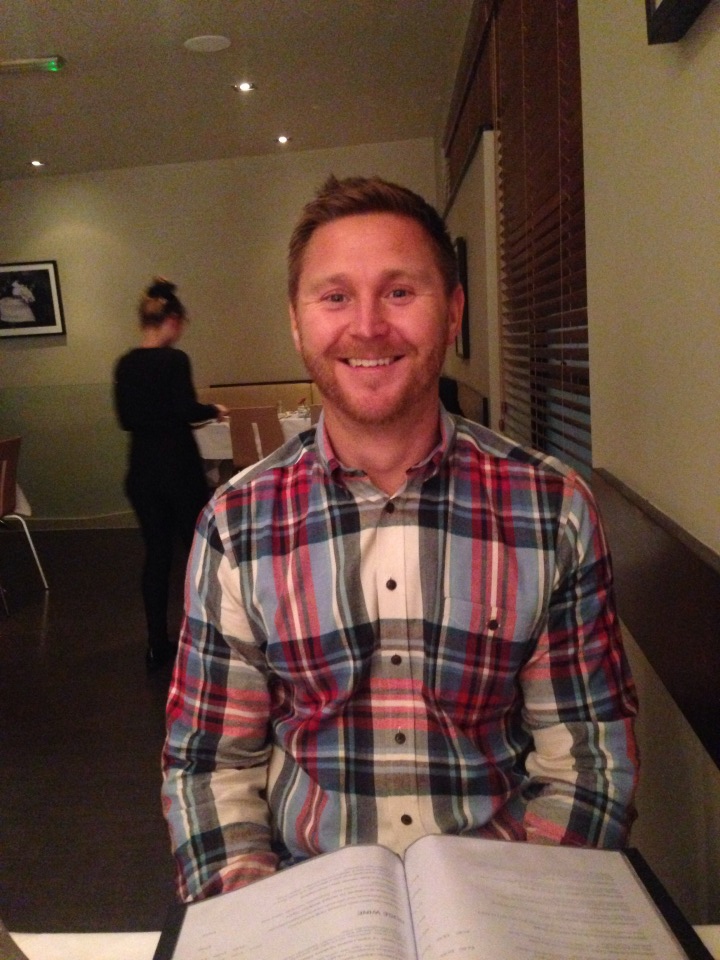 I have eaten out way too much this week and last night (Saturday) was a great end to a good week of dining out.  Bradley and I drove to Guildford for an early table at Brittens and had a fab time. 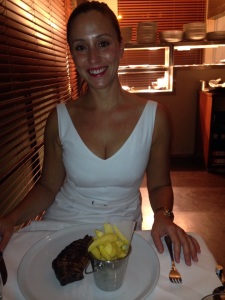 Brittens was opened in November 2013 by Daniel Britten.  Daniel appeared in the BBC’s Masterchef in 2008 and worked his way up through the ranks with Brittens, the realisation of his dream and what a tasty dream it is.

On arrival, front of house staff were very attentive, showing us to our table upstairs, right in front of the kitchen and we were the only ones there.  It was very early for dinner though and in about half an hour, the place was packed.  Decor wise, it needs something but I just can’t put my finger on it. It sounds naff, but maybe bigger flower arrangements on the table would lift it a little… I don’t know, it just needs something. 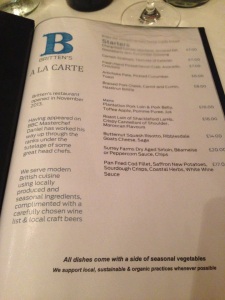 We were pretty hungry and ordered quite quickly with the food coming out at a good speed.  There is a delicate balance and some places get it so wrong.  Whilst I appreciate people are hungry, and perhaps a restaurant may be quiet, it’s still an experience for people going out for dinner. We are very fortunate in that we get to eat out a lot both personally and with my job but some people would save up and perhaps only treat themselves once in a while.  You don’t want the experience to be over and done with in an hour – take your time…but not too much (off on a tangent sorry)! So – back to service at Brittens.   My only comment would be the staff are a bit too in-experienced and they looked a little lost. They were lovely though and our waitress was really chatty and personable but I felt a few of the others were a bit too timid which isn’t good in the restaurant trade. 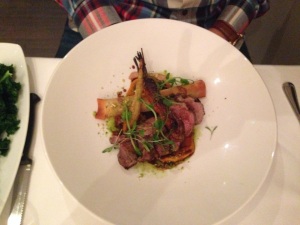 Food was amazing – my husband Bradley had the Devon Crab for starters (£7.00) which wasn’t as he expected it to be but thoroughly enjoyed it, saying it was really tasty.  I went for the pork cheeks which were a huge size (quite like my cheeks) and also really good at £8.00.  To be honest, this would have been enough for me but I did order a main.  I had the Surrey Farm dry aged sirloin with peppercorn sauce and chips (£20.00) and Bradley had the Roast Loin of Shackleford Lamb with Moroccan flavours (£18.00) which included a lamb shoulder in flaked pasty that he is still talking about now.  You really can’t fault the food. It was all perfect.

Drinks – the wine list looked very well thought-out and paired to menu perfectly.  You don’t always get this in smaller restaurants and I would love to try all of them. The drinks and food menu was all in the same menu as well which is awesome. Its irritating having separate one I find. 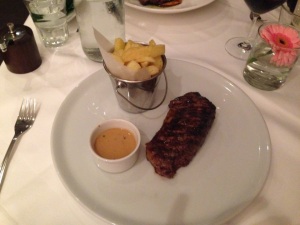 Would I go back? Yes.  I would send clients there for a lunch or dinner and I would also go with a group for a celebration.  I would suggest flowers or something (colour) on the tables and to put salt & pepper on the tables too.  I am not sure if it is intentional, some Chef’s believe their food is perfect (which it mostly is) and that people don’t need extra seasoning.  We do!! I love salt, doesn’t mean the food isn’t great, just means some people like more salt! lol